The Tank usually called the Basic Tank, is the the first and basic playing character and is the first tank that the player has once they spawn. It has one cannon which shoots one bullet at a time in a straight path, with slight recoil. At level one, with no Upgrades, it has 50 health points.

The Tank is constructed of two parts: the barrel, and the hull.

Base stats represent the implicit values of the stats of the current tank, without taking account of the points assigned by the player.

The point of reference for all tanks is Tank (Tier 1). 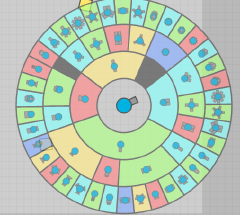 The strategies for this tank are: